I’m Clare, and I blog over at My Money Cottage sharing my top tips for making extra money from home and how to stretch the family finances that little bit further.

My side hustling first started back in 2008 when I was pregnant with our daughter. It seems like such a long time ago now, and I’ve learnt a heck of a lot since then. In October 2008, I fell pregnant with our daughter, and then I got made redundant almost immediately after getting that positive pregnancy result. To say that I went into a state of panic is a bit of an understatement! To top it all off, my husband was then made redundant two weeks later. We worked for completely different companies in totally different industries so there was absolutely no way we could have known that it was about to happen.

At the time, we had a two year old son who was in full-time nursery as we’d both been working full-time. We were paying around £620 per month and we had next to no savings. The nursery wanted a month’s notice, we had a mortgage to pay, and Christmas was just around the corner. It was an incredibly stressful and upsetting time.

Fortunately, we were able to convince the nursery to waive their month’s notice and we managed to take a three month break from the mortgage. This bought us some time, but we weren’t out of the woods yet.

We were young and naive, with no savings and no way to pay for food, yet alone have the funds to pay for Christmas presents for our son.

We got through a tough couple of months living off credit cards (big mistake), and it took us years to get out of the mess that caused. I wish I’d known back then what I know now, about the steps to take in the early days when you find yourself in debt, but we live and learn.

It was at that time that I first started googling different ways to make money from home. I was really wary because I knew that there were a lot of scams around, and unfortunately that’s still the case today!

In my very early days of making money online, I did lots of surveys, and I managed to get a few writing jobs. I also spent a lot of time on a site called Bubblews that paid you for writing and interacting with each other. It was a really great way to make money and at it’s peak people were making £50 per week. Sadly, that site didn’t last, but I’d had a glimpse of something and I became hooked on side hustling.

So long as you try hard enough when you get into it, whether you take up writing, accounting, or even freelance illustration jobs for people, there’s a plethora of options out there, dependant on the skills you have. You could even identify something you want to get better at, then use the incoming work as a reason to do so, obviously as long as this doesn’t put you at risk of letting potential clients down.

Being in the situation where you don’t know where your next meal is coming from certainly puts things into perspective, and I know I’m not the only one to have experienced this. But, going through this time meant that I knew that once we were back on our feet, I’d make damn sure it never happened again.

My husband found work in the January and with me being pregnant, we decided that I’d stay home with our toddler until our baby was born. So, I stayed home and made as much money as I could online. It wasn’t a lot back then, but it certainly helped.

As soon as our daughter was born, I got myself onto a childminding course, which enabled me to set up my own business working from home so there wouldn’t be any more need to pay out for childcare.

I ran my childminding business for just over 5 years and it was very successful and for the most part I really enjoyed it. But, the long hours became impossible when I fell pregnant again. I worked up until just before our youngest son was born and picked up the side hustles again during my maternity leave. I’d got the work-from-home bug and I didn’t want to go back to going out to work ever again!

It was during this time that I first started to hear about matched betting. I was very sceptical of the whole thing initially because anything that sounds too good to be true usually is! But I did A LOT of research and tentatively took my first steps in 2015.

I quickly realised that I was making a really decent income from matched betting, and with it being tax-free, and not gambling as the name suggests, it meant that every penny I made was ours to use as we wished. It really did get us through my maternity leave and the early first months with our new baby.

I started out working just 16 hours a week and now I work 25 hours a week from home. I love my job and being at home fits perfectly with the children and our family life.

I’ve still been side hustling over the years to make ends meet, pay off the debt and have spare money for luxuries and savings. The great thing about side hustles is that there is something for everyone, including some more common ones such as mystery shopping as well as loads of new and innovative side hustles. In fact, making extra money led me to starting My Money Cottage as a way to share the things that I was doing to make our money go further. And now, that has become an incredible side hustle in it’s own right!

I would definitely recommend that everybody takes on at least one side hustle. We can all use a little extra cash, and you honestly never know where that side hustle might take you. I know that working from home isn’t everyone’s dream, but it’s definitely mine, and without side hustles, I never would have got to where I am today. 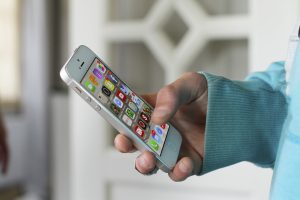