Regular readers or visitors to this site will know that I cleared half of my debt in one day by going on a TV quiz show and using my winnings to clear some of it off. At the time I was in debt management and I was desperate. I’ve never wanted to go on TV or be famous, but I was at the point in my life where I felt I had nothing to lose. The rest, as they say, is history!

Going on TV quiz or game shows is not a recommended approach to getting out of debt, but for me it is proof that sometimes, no matter how bad things seem, things will get better and perhaps you need to think outside of the box to find a solution – after all, “If you always do what you’ve always done, you’ll always get what you’ve always got”. My first TV appearance was on Tipping Point, and you can see my episode over on my YouTube channel.

Whether you have money problems, or you just fancy giving applying for quiz and games shows a go, here’s what I think are the most important things you need to know! 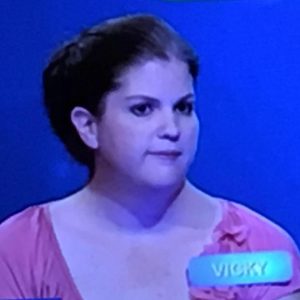 Finding shows to apply for can be a bit of a minefield. I usually start with looking at Be On Screen where quiz shows, game shows and many more are listed and advertised. This is where I found out about Tipping Point and Timeline. There are more and more sites and social media profiles (such as Film & TV Casting Calls) popping up all over the place, so it’s worth keeping your eyes and ears open. Just remember that some of these pages and profiles are not as they appear, so make sure you know who you are giving your personal details to and never give anyone from these sites or pages any money. New shows or ones that haven’t been on for too long are easier to get picked for, as less people are applying for them. I applied for season 2 of Tipping Point when it was relatively unknown, but now it has a major following, I’m sure it would be harder to get selected.

The first step to applying to a lot of shows is a comprehensive application form. It will probably ask for basic information about yourself, any previous media appearances and some questions relating to the show (what type of trivia are you good at, are you good at physical games etc). My top tip for this stage is to find a balance between being yourself (which is essential-as is being honest throughout the process) but also making yourself stand out. If you are asked what you would do with any winnings, even if it is to pay off your mortgage, think of something interesting or unusual to say. If asked for a photo of yourself perhaps use one that is more than just a head shot, but one which shows your personality. I’ve previously used ones of me in an ice bar and me at the top of Kilimanjaro. This will help you stand out and make your application more memorable. The next step is usually a phone call from a producer or member of the casting team. If it’s not a convenient time, just let them know and they will usually be happy to reschedule. These calls can consist of a combination of a quick chat and/or a quick quiz. It’s key to be yourself, be honest, but also have fun. Try not to let your nerves get the better of you – let the real you shine through!

If this stage has been successful, you might be invited to an “audition”. This is not as scary as it may sound. I’ve done a few of these, and they consist of a variety of different activities. The main thing they want to see though is what your personality is like. I’m quite loud and bubbly, so a casting team are not going to put four contestants on a show who are like that – they are looking for a mix and a dynamic which will work. You might be asked to talk about yourself in front of a camera, or to do a quiz, or even play a team game with some of the other auditionees. My top tip for this stage is to have fun – and again, try not to let your nerves get the best of you!

Being a contestant on a show is a LOT of fun! You will be well looked after, including being provided with food and drink (not alcohol for obvious reasons) and you will also get your hair and make up done, and your outfit pressed (no you can’t bring along all your ironing just in case)! Your travel expenses (whether this is petrol money and parking fees or public transport costs) will also be reimbursed to you (some production companies can book your train travel in advance for you so you don’t have to be out of pocket). Whatever the outcome, it’s a paid for day out if nothing more!

Going on TV (especially for the first time) is nerve wracking. If you’ve watched my episode of Tipping Point, you will know that I didn’t answer any of the first few questions. I was too busy being stood behind the podium, with my knees genuinely knocking together out of nerves. It’s easy to say, but once you have gotten this far, you need to just forget where you are, ignore the cameras, and just do whatever you can to do your best! When the show airs, you might get a flurry of social media activity, but after that, it’ll not be thought of again (unless like me you put it on your YouTube channel or its repeated down the line on another channel). A lot of people don’t go on things like this as they worry about “making a fool of themselves”. Even if you were to go on a show and not do well, you still put yourself out there and gave it a go which is a lot more than other people, so don’t let the worry about other people affect you!

Let’s be honest, if you are going on a quiz show, you are probably there for the winnings! There’s no guarantees you will get that far, and if like me on Tipping Point you get to a point where you need to do an all or nothing gamble, only you can make that decision. I never in a million years thought I would get on a show, let alone win it. As I was there to clear some debt, there was no way I was ever going to gamble anything I had already won (hence why I am so emotional in the episode when I get to the final as I know I have already cleared off over £1,000 of debt). You need to make a decision that you are happy with, and that you will not regret down the line. I have never for one split second regretted my decision to not gamble, but if I had gambled and lost the money, I would have had major regrets. The two shows I’ve done have paid me by bank transfer. I provided them with my bank details on the day, and the money followed. They will be able to tell you roughly how long it will take. I did Tipping Point a long time ago (season 2) so it may have changed, but at the time they said to allow up to 28 days. Timeline said similar but from memory it came through quicker. 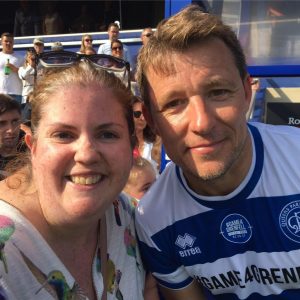 Want to know more, my eBook is available in the Kindle book store for only 99p!

Diversifying your investment portfolio is a great financial plan. This risk management strategy can help to make a portfolio stable…

While it is always fun to make New Year's Resolutions, this annual rite is even more satisfying when we do…

Whatever personal situation you may have found yourself in at the beginning of the pandemic (living with house mates, single…

Are you having problems with budgeting your finances? Sure, there are plenty of money management applications out there, but most…