On a quick look at the Purple Bricks Reviews on Trustpilot, they on the whole have really good reviews, but are these to be believed? Check out other review sites for other opinions!

We’ve all seen or heard the adverts – the online estate agent Purple Bricks promising to save you “commissery” due to their no commission pricing structure, but is it really as good as it claims to be? Well today’s news that their stock price has tumbled has not surprised me at all. A big part in the fall is the current situation in the housing market – with Brexit (or the very least the fear of it) looming, the market has slowed down drastically. I do however believe that their model is not destined to last unless they have an overhaul of their service.

When I moved, I decided to go with a traditional high street estate agent, in fact I went through two before my property was finally sold. I’m not saying they were particularly great either (far from it) but I felt that they were mostly continuing to work hard in order to get the commission which they were only going to earn once the property sale had gone through. Knowing I had a phone number and an office, and a named contact just reassured me. I also knew that without a sale, they were getting nothing. With Purple Bricks, you are tied in to paying the fee (which they claim is not commission) whether or not they get the sale for you, and even if you withdraw the property from sale.

In the same year I got through two on high street estate agents, a friend listed their property with Purple Bricks. Although their property sold for more than mine, their overall price paid in fees was less than what I paid – so do I regret the decision? Not for one second! This friend did pay an extra premium for a local agent to do their viewings, but the flat fee was committed anyway, and so I felt there was very little effort made from them to get the actual sale. Much as I didn’t particularly like either of the agents I ended up using, I knew they were driven by the promise of a commission on completion. My friend had prospective buyers and offers come and go, and just before this friend found their final buyer who in the end did buy the house – they were about to list with another agent as well as Purple Bricks, meaning that if they had sold the property, they would have been liable for two fees (one fee and one commission) and this would have cost them way more than I paid. They had made this decision as Purple Bricks just didn’t seem to be able to deliver on what they had promised.

This friend also decided not to use the legal package that Purple Bricks offered, and tried to tell them this several times, as well as to pay her bill, but they just wouldn’t listen or communicate internally. In the week between Christmas and New Year, she received a demand from a debt collector for the amount of her invoice from them. They had not once sent her an invoice or a bill, nor a reminder, and she had tried to pay them on several occasions. It was nigh on impossible to get hold of anyone from the payments team that week and so in fear of damaging her credit she paid it in full. No one should have to go through that though. 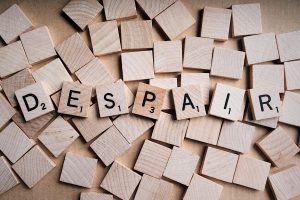 Now perhaps she was unlucky, and perhaps her local agent was below the standard that a lot of the people who have written Purple Bricks reviews on Trustpilot or other sites have received, but it still is worrying that they can send out a demand in such a manner, without ever sending an original bill or invoice, and after delivering such a poor service.

I also had a bad experience with my agents, the first one I managed to be allowed out of my contract with a week early as I was so unhappy with the service, and the second one, although at the time I thought we got on quite well, I ended up seeing an email (which they showed me) which wasn’t very complementary about me and which I was quite offended by. It showed that everything they do or say is just them talking the talk and really they need to have everything be taken with a pinch of salt. I can unfortunately see why estate agents are such an unpopular profession (apologies to those of you who are good estate agents – there are just so many bad ones that give you a bad reputation).

Until I know more people who personally have a better experience with Purple Bricks, I would not chose them or recommend them to anyone who might be looking at moving. Their business model of a flat fee whether or not you get the sale worries me, and their approach to dealing with getting paid is downright offensive. As someone who has been in debt and genuinely had to worry about such things, this approach to customer service is disgusting.

If you are listing your home, I would recommend a local agent, with local expertees. A lot of agents will be prepared to negotiate on the fee that you are agreeing to – mine was 1% of the sale price – so don’t be worried about haggling. If you can, chose an agent with good local reviews – or even better if someone you know personally can recommend them. Don’t be fooled into a sales pitch – by an online or a traditional estate agent – at the end of the day, these people are professional sales people, so as well as selling your home, they are selling themselves to you as well.

It comes to no surprise that comparison websites are the go to place for many Homeowners, they all want to know that they are getting the best deal. Buying car insurance or energy is what we all use comparison websites for. Purple Bricks thinks that offering a property sales service online has the same advantages. Well only time will tell but Estate Agents now have a wake up call and can decide if they want to offer that all important Customer Service, making the process easy with less stress. They used to provide recommendations for conveyancing and then earn a commission which was never disclosed. Now they have to disclose what they earn and of course if they were earning say £150 or more they risk the Homebuyer thinking that their total service is expensive.

Right now you can compare Conveyancing Solicitor direct pricing and we have searched the internet to find a website that doesn’t take personal details and lets your browse comparable quotes, filtering total legal fees and disbursements for your property sale, purchase and remortgage.

Let me introduce Homebuyer Conveyancing. They have a no hassle approach and put you in touch with High Street Solicitors not conveyancing warehouses. You can use their website when you are thinking of moving home and you want to know what your legal costs will be. No hidden fees and when buying a property you even get a search pledge. A conveyancing search protection should your property transaction fail through no fault of your own. They understand the market and only show Solicitors that have conveyancing capacity. Click the following and get moving on conveyancing today. 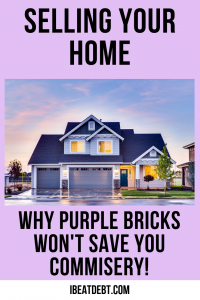 Life throws curveballs, and we are all hit one time or another. It would be much better if we did…

Gold is a precious metal and it is widely used in the form of jewelry or coins. It has been…

Want to get your guests truly invested in your event? It's important to keep them engaged while feeling as if…

If you’re dealing with issues at work and want to have them sorted out quickly and efficiently, you might be…