The catalytic converter is one of the most valuable components of the vehicle, which is why some people recommend removing it before the vehicle is scrapped and trying to sell it on. However, we would strongly advise against this for several reasons. If you have been considering removing the catalytic converter then we’ve got some reasons why you should maybe reconsider. If you are looking to scrap your car and need some advice, visit Car.co.uk. 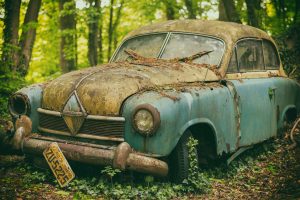 What is a catalytic converter?

Often the catalytic converter is viewed as one of the most important parts of the vehicle as it controls the amount of harmful substances that are released from the engine into the air. All modern vehicles are fitted with one as the amount of dangerous emissions released from an engine is limited in the UK and several other places across the globe. You can also get your new cars registered through my reg.

Catalyst substances cause a chemical reaction that stops harmful emissions before they reach the exhaust pipe. If these pollutants were to be released, there would be much more carbon monoxide, hydrocarbons and nitrous oxide in the air which would be both dangerous for the environment and the people around the vehicle.

In terms of its appearance, a catalytic converter looks like a smaller version of an exhaust silencer. They are the most efficient at higher temperatures, therefore they are usually built next to the engine which is the hottest part of the vehicle.

Why are they valuable?

A catalytic converter is made up of platinum, rhodium and palladium, all precious metals inside the converter that could be worth a lot. However, to access these, the converter needs to be cracked open, which should only be done by a specialist in the field as these chemicals are extremely toxic and classed as hazardous waste by the authorities.

If you choose to have your vehicle scrapped using Car.co.uk, your vehicle will be collected and taken to an Authorised Treatment Facility, the only places in the UK that are legally allowed to scrap cars. This is partly because they are trained to remove hazardous chemicals such as these in a safe and environmentally friendly manner.

Why should you not remove a catalytic converter?

If you are not an expert in this field then we would strongly recommend that you do not remove the catalytic converter yourself as it might expose you to harmful chemicals. You are probably best avoiding removing any parts of the vehicle before it is scrapped and the money you will receive for the items won’t be worth the hassle. Plus, the scrap value is decided by the weight of your vehicle. If you have parts removed then the vehicle will weigh less and be worth less.

Along with this, we’d advise even further that you do not remove the catalytic converter whilst you are still using the vehicle. The main job of the converter is to reduce the amount of harmful gasses spread into the air. By removing this device, you are exposing yourself and others to these harmful emissions.

Your catalytic converter has an important role in your vehicle and therefore it should stay there until an expert removes it before the vehicle is scrapped. Otherwise you will have to deal with a difficult and dangerous task that is not worth the risks you have to take. 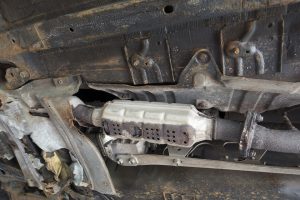