My first home was a flat. A flat I made my home for 12 years. I loved my flat when I moved in, and for a one bedroom flat it was a really decent size, but over the years I learnt a lot about being a homeowner, and specifically the ups and downs of owning a flat and wanted to share what I wish I’d known before I bought it. 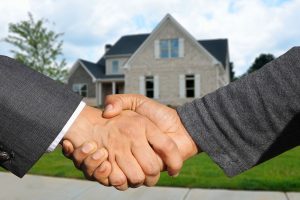 A leasehold property is nothing more than a glorified rental. You might have a “mortgage” rather than paying rent, but you are still at the mercy of the freeholder. I had to pay to get permission to change my windows, I was not allowed to put up an aerial even though there was terrible TV signal, and you are quite literally living on top of each other, so there is very little escape from poor neighbours (although I know the neighbours issue is not confined only to flats).You are also at the mercy of the property management agents that your freeholder has appointed, unless you decide to go down the right to manage route which I had to do with my neighbours. This is a complex legal process which I would recommend you avoid if at all possible! I also had to extend my lease as part of the sale because it wasn’t long enough and I was ripped off on this as well – so I wish I knew more about that before I bought it as well.

Boilers are far more important and need to be looked after more than you realise. Oil boilers or gas boilers, they need to be regularly serviced and looked after. I had a string of bad luck with boilers in the flat, and now I ensure that the boiler in my new place is looked after, as a yearly service is much more cost effective than the hefty bill I had when mine died altogether. I was lucky I found a good boiler repair company, and the best thing you can do in that situation is to google Boiler Repair Leeds or wherever you live and find someone local, but with good reviews and appropriately accredited. You might also want to ask friends and family for recommendations, or look on a site like Checkatrade to ensure you avoid a bad experience. 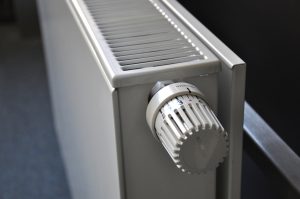 When I bought my flat, I had no idea what to expect from being a homeowner. It was before the financial crisis and mortgages were given out far more freely than they are now. I just wish I’d known more about the expenses and costs of being a homeowner and living on my own. I don’t regret any of my financial journey, being a homeowner or the debt (after all I wouldn’t be writing this if I hadn’t been through the debt journey) however there is a big part of me which feels that on the salary I was on at the time I probably shouldn’t have been given a mortgage. I budgeted as best as I could, but I missed some key expenses and things were really tight for a long time (and yes, probably contributed to the debt stuff). I know it has made things harder for people to buy a home, but I do feel that in the long run it will hopefully go some way to stopping other people getting into financial difficulty. Also, with regards to both moving and living costs, I would recommend that you do as much research as possible into costs, but then add on at least 10% as a contingency!