I had some great feedback on my recent post about what “Confessions of a Shopaholic” teaches us about debt and I wanted to look at some other movies or books and look at what we can learn from money about them as well. If you don’t like “The Greatest Showman”, or you haven’t seen it and don’t want spoilers, then you should probably stop reading now. It is a real rags to riches story from which we can learn a lot about money and debt.

The film starts with Phineas T Barnum being poor and practically destitute and being treated disgustingly by the rich father of his love interest Charity. He loved her even from childhood and she loved him. Eventually when she was old enough to leave home, she left to be with Barnum, but her father’s parting words were to him were “She’ll be back. She’ll tire of your life, of having nothing, and come back home.” It’s not surprising he had a chip on his shoulder about money. He wanted to give his wife and daughters the life which she had left, but each job didn’t last, though sometimes through no fault of his own.

He worked hard and tried his best to provide, suffering knock back and knock back. No matter how many times Charity told him she had everything she wanted, he couldn’t accept it. He started a museum, which became the show, which became the circus. Whilst receiving poor reviews, he would use that media coverage to his advantage and made his business boom. Partnering with Philip Carlyle (who initially protested that it would mean giving up his inheritance and other material things) meant he could learn to appeal to the “higher classes”. Barnum convinces him it will be worth it, it’s just a shame that at this point in the story he isn’t practicing what he preaches.

On a whirlwind trip to England to meet Queen Victoria (orchestrated , he meets Jenny Lind a well known opera singer of the time. He knows this is the kind of thing that appeals to those with higher class and higher incomes so he convinces her to do a tour in America with which he will increase his fortune. Unfortunately things never go this well, the interest in the circus is starting to slow down and drop away without him at the helm, and Jenny falls for him, but when she realises all he wanted was the money and not her, she quits the tour (not before orchestrating a kiss in front of the media which jeopardises his marriage though). 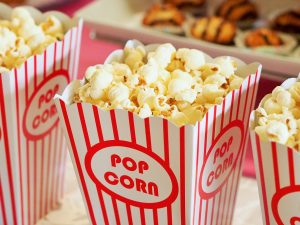 He returns to New York with his tail between his legs only to find that thugs have burnt down the circus. He thinks he can rebuild with the money from the tour – before a reviewer tells him that Jenny has quit. He is ruined. Meanwhile, his home has been reposessed and Charity and the children are heading back home to her parents home. When he sees Charity, she says he should have told her, that she didn’t mind the adventure but he shouldn’t have hidden it from her. In my opinion this is one of the key bits of the story (although it’s such a small bit of the film). I’m not entirely sure how bad Barnum thought the money problems were at this point (it’s not like they had internet banking or phones at the time) but either way that’s a really important lesson. Hiding debt and money problems is never a good idea.

Meanwhile, Carlyle has saved his cut from the show profits as they went along and offers to use that as collateral to re launch the circus. Barnum thinks he shouldn’t gamble his money on him, but everyone else thinks he should. The circus bought together people who “even our own mothers are ashamed” of. It became their family.

Here’s another great quote from the movie, when Carlyle is offering up his money:

“You know, Barnum… when I first met you… I had an inheritance, acclaim, an invitation to every party in town. And now, thanks to you, all that’s gone. All that’s left is friendship, love, and work that I adore. You brought joy into my life.”

Personally, I think that quote says a lot about money. Yes, debt is hard and it sucks, but money itself can’t buy happiness. When Carlyle was an heir and circulated with high society he was actually miserable.

Eventually, Barnum realises the gravity of the situation. The lyrics to the final song of the film really tie it up. It’s called “From Now On” and it’s his reflections on the journey he has been on. Here are the key lines (in my opinion) from that song:

“I drank champagne with kings and queens, The politicians praised my name. But those are someone else’s dreams, The pitfalls of the man I became.”……..
“For years and years, I chased their cheers, The crazy speed of always needing more, But when I stop, And see you here, I remember who all this was for.
And from now on, These eyes will not be blinded by the lights,
From now on, What’s waited till tomorrow starts tonight,
It starts tonight,
And let this promise in me start, Like an anthem in my heart”.

Barnum has learnt his lesson. He can provide for his family, but he doesn’t need to be rich or strive to be or have “more” than he did, after all:

Barnum: “I brought hardship on you and our family. You warned me and I wouldn’t listen. I just wanted to be more than I was.”
Charity: “I never wanted anything but the man I fell in love with.”

I think that’s a great lesson to learn from such a wonderful feel good film. I know that the true PT Barnum story has been “Hollywood-ized” for the film, and I’m therefore only referring to the film in this blog post but I love the film, I love the music and I love the journey the characters go on with money. Let me know your thoughts in the comments below!

Not seen the film or have but not bought it yet – you can get it now! 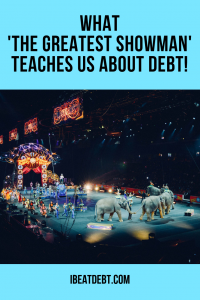 4 Replies to “What “The Greatest Showman” teaches us about money”